The journal of MySocialRecipe®
Archive

And 'Vincenzo Di Fiore pizza maker who wins the poll Mysocialrecipe in partnership with Feudi San Gregorio, and enters the crib Ferrigno 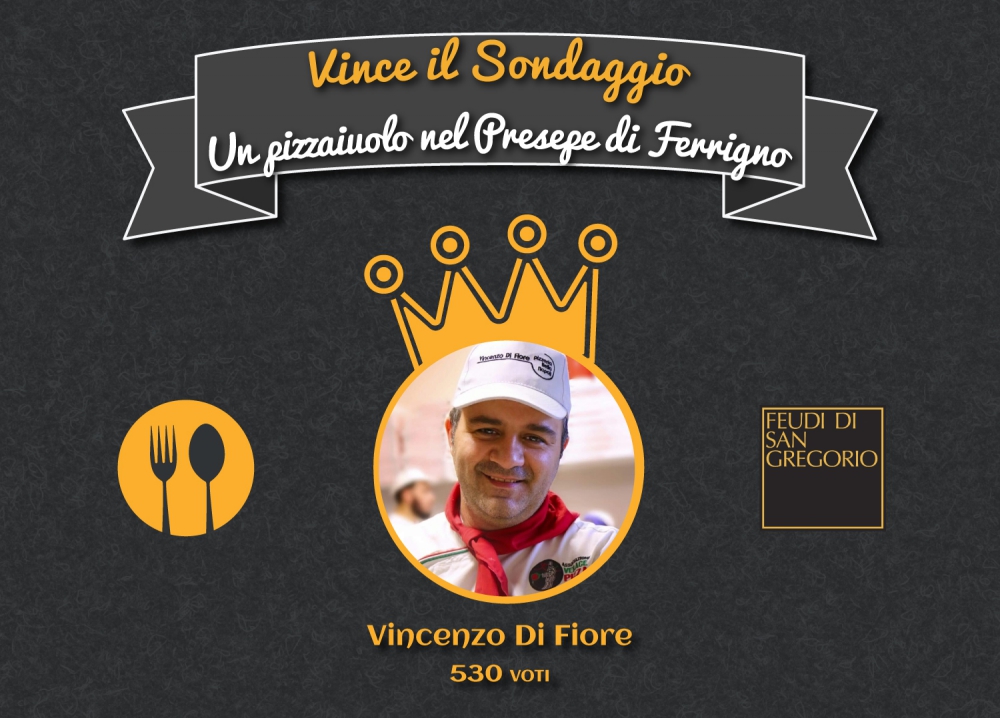 Symbolic that is a pizza of Acerra, the city of Pulcinella, the mask of the city of Naples, the first to be represented in San Gregorio Armeno, the famous street of Neapolitan nativity scenes, in one of the Ferrigno master sculptures, the famous artisan worldwide for his creations And with this initiative the site MSR, after #pizzaUnesco contest, wanted to continue the path to enhance the professional role of the pizza maker who still has no official recognition and highlight how even that of the pizza is an art to be preserved which requires both a technical knowledge that a great dexterity, because there is no difference between pizza and Neapolitan pizza. And Vincenzo Di Fiore worthily represents the masters category pizza with his pizzeria Bella Napoli Acerra It 'was a fight until the last vote that saw 40 candidates, selected among the Top pizza makers joined the site and those who received the three segments in Campania Pizzerias on the Gambero Rosso guide, vying for supremacy. Thrilling to the last head to head between Vincenzo Di Pasquale Fiore and Polcaro, chased by David Civitiello, Gaetano Giglio, Mariano Guarnieri and Gino Sorbillo. The survey, in collaboration with the Feudi di San Gregorio, has averaged LucianoPignatarowineblog and Italian partners at the table. The winner Vincenzo Di Fiore as well as being depicted in the crib Ferrigno, it will be included in the new category in the annual survey usual pizza on enogastronomy protagonists.
Archive
The journal of MySocialRecipe®
Newspaper: MYSOCIALRECIPE
Owner: MYSOCIALRECIPE s.r.l.s
Publisher: MYSOCIALRECIPE s.r.l.s.
Director: FRANCESCA MARINO
Periodicity: Bimonthly
Website / Media: WWW.MYSOCIALRECIPE.COM
Registered office: VIA SUAREZ N. 30
VAT no / Tax code / Naples Chamber of Commerce registration: 08187121218
Editorial board: CORSO UMBERTO I N. 90
Registration Register EX L. 47 of 08/02/48
at the Court of Naples - Decree No. 38 of 11/09/18
PEC: MYSOCIALRECIPE@PEC.IT
MySocialRecipe is a newspaper registered in the court of Naples n° 38 of 09/11/2018
Upload your recipe
Upload your recipe on our website and apply for certification
Upload
Take part in a contest
Or join one of our contests with your recipe
Contest